This study aims to describe the character elements, roles, characters, events, motifs, plots, conflicts, settings, language cultivation, themes, and mandates contained in the drama script of Matahari Half Mati. This type of research uses qualitative research with descriptive methods. The results showed that this drama script has seven symbolic figures. These characters have their own roles and characters. This drama script with the theme of family life without a leader does not have a purposeful goal. Many problems arise in the family. The messages that can be taken from this drama script are: a) the importance of education in order to become an intelligent person and have broad insight. b) don't be a leader who doesn't care about the fate of the little people. c) do not be a man who can not restrain his lust. This drama script does not have a clear conflict. The author does not explain clearly where the conflict begins, the conflict peaks, and the resolution. The finishing part of this drama is incomplete and seems to hang. 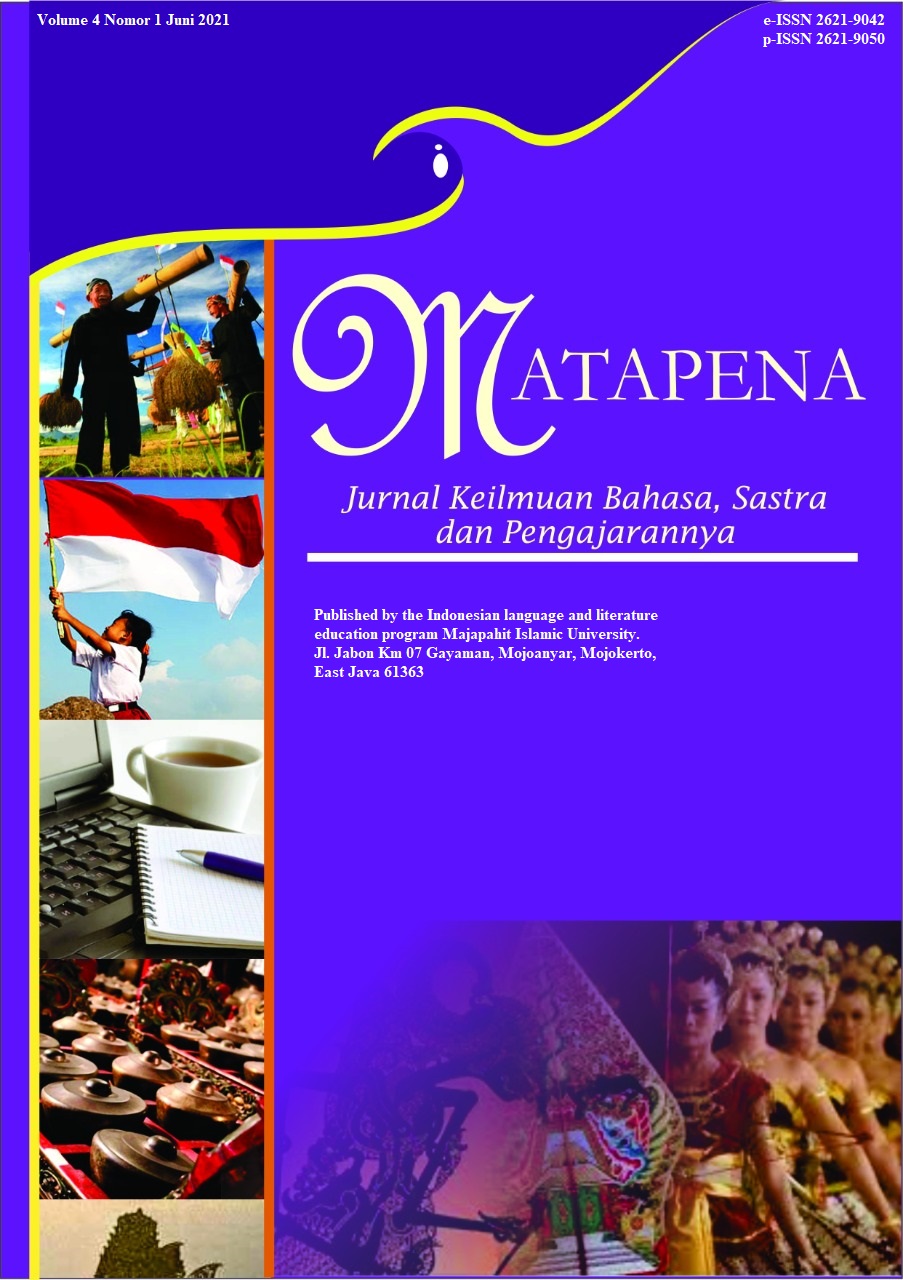