This research was conducted to explain how the gothic elements in horror stories are very influential in constructing the construction of the stories themselves. Researchers used descriptive qualitative methods with theoretical perspectives and anthropological approaches. Researchers analyzed the gothic elements in the form of supernatural elements, mythical elements, abject elements, transgression elements, and monstrous feminine elements between the KKN thread in Penari Village with his novel book titled KKN in Penari Village by Simpleman. The results of the study were in the form of analytical data classified according to their categories, which were then compared between each of the gothic elements to determine their respective functions. 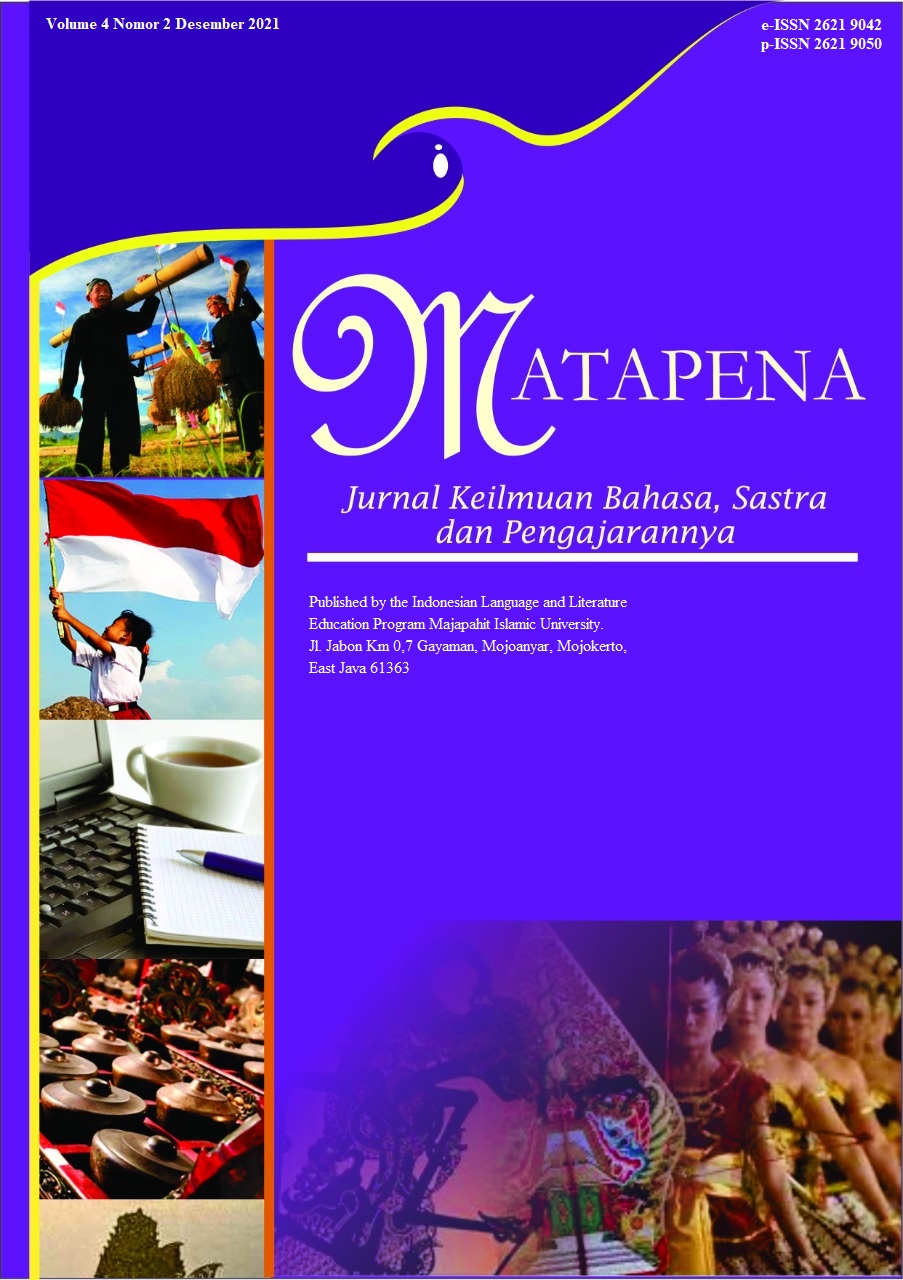