This study aims to describe: (1) the social dimension contained in Andrea Hirata's father's novel, encompassing the author's social context, the reflected image of society, and the social function of literature; (2) the values ??of character education contained in Andrea Hirata's father's novel; and (3) the relevance of Dad's novel by Andrea Hirata in literary learning at High School (SMA).This research uses the theory of sociology of literature as a research approach. This study is in the form of descriptive qualitative, ie data collected in the form of written words or oral from people and behavior that can be observed by using approach of sociology of literature.The results obtained from the study indicate that: (1) the author's social context as reflected in Dad's novel covers the ideology and environmental background of the author; (2) the image of the society the author portrayed in Dad's novel, the habit of cheating among the learner, the life of society due to corruption, and the suppression of the weak by the stronger; (3) Andrea Hirata's father's novel has a literary social function that inspires and provides positive learning for the reader. In addition, Dad's novel also has a social function in terms of social criticism, especially criticism in the world of education, about cheating, critics in the world of government, about corruption, and criticism of humanity, of acts of oppression; (4) of the eighteen formulas of character education values ??from the Ministry of National Education, there are eight points of the most dominant character education values ??contained in Andrea Hirata's Father's novel, including honesty, tolerance, hard work, independent, communicative, peace-loving , social care, and responsibility; (5) Andrea Hirata's novel Ayel can also be relayed on literary learning at the senior high school level or equivalent. Both the 2013 curriculum and the KTSP curriculum. 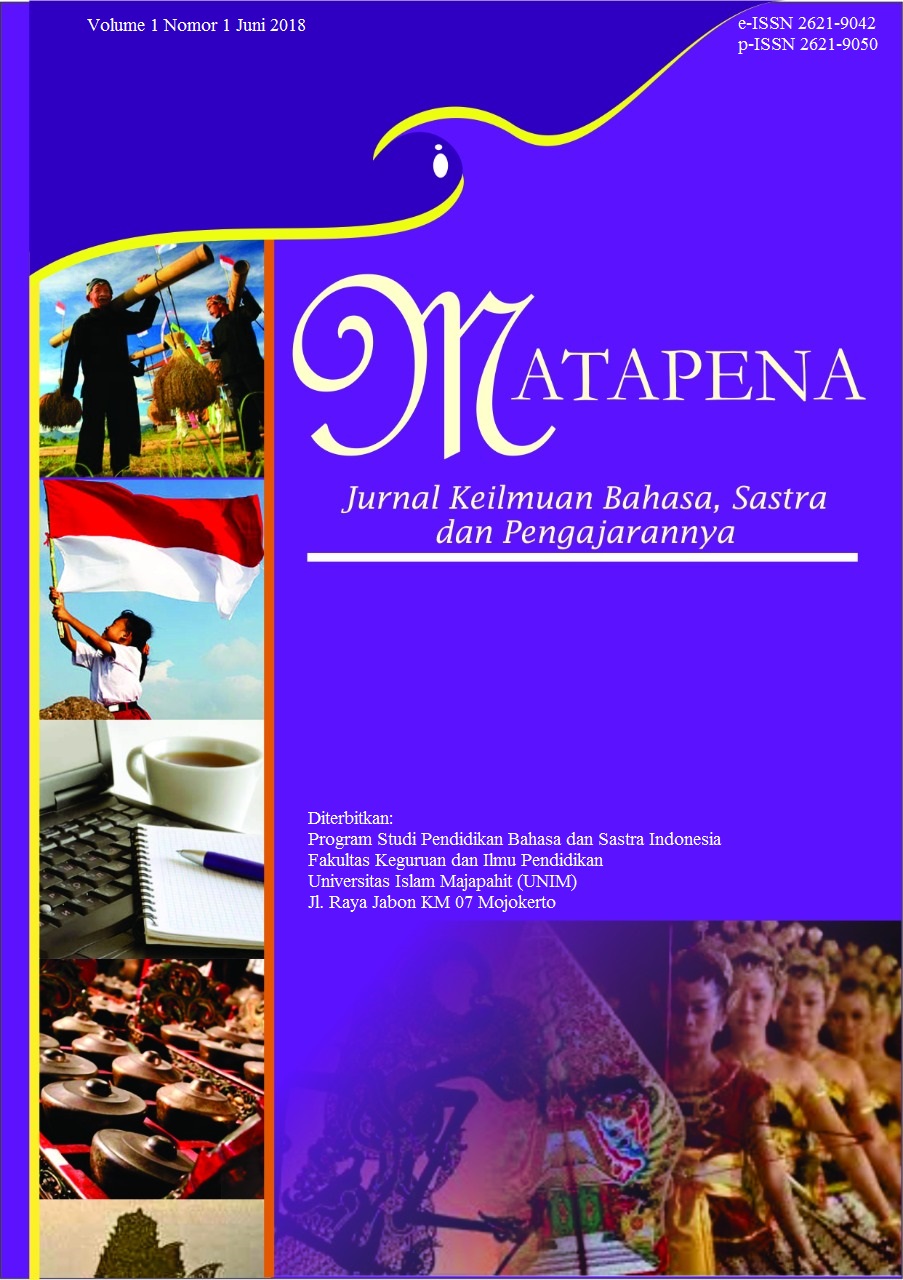